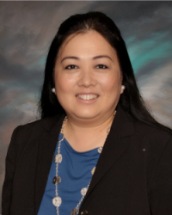 Genie Valarao is Arcadia Christian School's Preschool Director. Mrs. Valarao has been a part of the ACS Family since 2003 as a parent volunteer and then joined the Preschool Staff in 2015. She received a B.A. in Business and Hotel, Restaurant Management from Cal Poly Pomona. She also received an Early Education Certification from UCLA and a teaching credential in Parent Education from California Commission on Teacher Credentialing. Mrs. Valarao also earned her Site Supervisor Permit from the California Commission on Teacher Credentialing. She has been in the field of education for over 14 years and has previously taught Parent Education for 9 years with the El Monte School District. She is a Volunteer Assistant Girl Scout Leader, who enjoys traveling, cooking, baking and making sweet treats. She also earned a Baking and Pastry Diploma from the California Culinary Academy. She is married with two children both of whom attended ACS from Kindergarten to 8th Grade. She comes from a large family of 6 brothers and 5 sisters that live in different parts of the world!